It was the first time that VNU – IS had students in their first or second year participate in the biggest debate competition in Asia after such short training. With hard work and consistent effort, they had achieved the goals that the trainers wanted them to meet.

United Asian Debating Championships 2019 (UADC) had traveled half the way, 365 competitors of 47 universities from 16 Asian countries had 2 days of fierce and stressful competition in each round. At the night of May 27th, the judges had announced the teams that would be in the semi – final. As the results, in the elimination round of the expanded board, there would be 16 teams from Bangladesh, the Philippines, China, Singapore, Korea, Malaysia, Pakistan; all battled against each other for a spot in the semi – final. Other than that, there were 4 Vietnamese teams (Diplomatic Academy Vietnam, National Economics University Vietnam and Fulbright University) had passed the elimination round and stepped into the semi – final of EFL board. Teams from VNU – IS did not qualify for the next round but what they had achieved made the lecturers proud.

Picture: VNU – IS team took pictures with the lecturers in the Opening Day.

In the elimination round, VNU – IS teams met participants from Diplomatic Academy Vietnam, ULIS – VNU, other universities from the Philippines, Myanmar, Thailand and Malaysia and won 4 times. More specifically, they won 2 times against the teams from Myanmar. 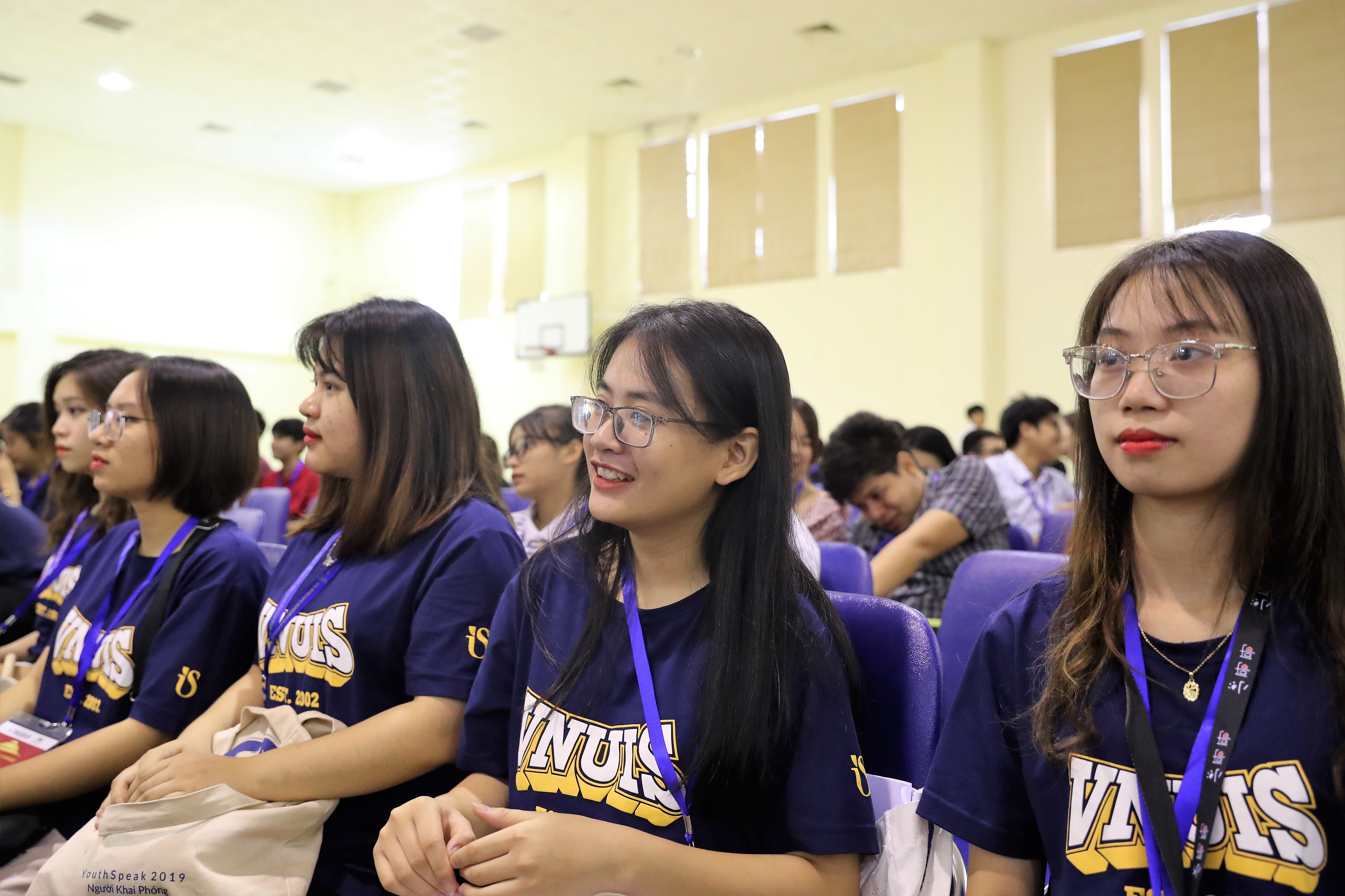 VNU – IS teams in the debating rounds.

Minh Ha, a member of the team, a student of MIS program, said: “This is the first time we participate in a grand regional league so we are very nervous. But with the spirit of an ISer, we united and tried our best to get the best results. Because it is the first time so we learn and reflect after each battle and do better in the battles after that.” Minh Ha said that they all learned more skills and information from other teams and the judges.

Duc Long, a member, a student of Accounting and Auditing program told us: “I have had 2 days of competing and experiencing with others participants. After the league, if there’s another debating championship, I will definitely sign up”.

Mr Nguyen Tri Trung, lecturer of Prep Course and also the trainer of the team, was proud that the first time competing but the students had exceeded the expectation. “We lecturers did have to learn a lot when we received the task of training debating teams because we didn’t have much knowledge about debating and this activity is quite new in Vietnam. The students from VNU – IS took the information fast; they learned directly from the competition and so they had very good battles. Congratulation to all their first success”.

Mr. Tri Trung also hoped that after the league, VNU – IS could have a long – term and strategic  plan to develop debating activities, maybe establishing a club for students who enjoy these activities.

As scheduled, the final and the Closing Day of Vietnam UADC 2019 will be held in Nguyen Van Dao Hall, Vietnam National University on June 30th 2019.