On the evening December 26th 2019, the  welcome prom for K18 freshers  “Enchanted Night 2019” has stirred up the atmosphere and brought  800 participants an astonishingparty of  impressive sounds, lightings as well as contents. With the main theme being Western fairy tales, participants have the chance to dress up as folk tale characters – dazzling princesses and elegant princes.

VNU-IS Organizing Committee had put their heart into the “Enchanted Night” prom with a view to offer K18 fresher’s a party that embodies international characteristics and can kindle students’ distinctive features – vibrant, creative and all-embracing; also to create an opportunity for freshmen to adjust and blend in, tightening the bonds between freshers, students and teachers.

The prom starts with a series of performances carefully prepared by the talented K18 students. The students have expressed their boldness  through diverse forms of artistic performance ranging from singing, modern and classic dancing to musicals. The judges of the show include DrNguyen Quang Thuan –Vice Dean of VNU-IS, Ms. Phan Thi Ngoc Hoa  - President of Labour Union, VNU-ISand Ms. Truong Thi Huyen Trang – second runner-up of the talent competition “,Miss&Mrs VNU 2019”. After consideration, the musical“Cinderella” was awarded the Diamond prize as it received especially high ratings from the judges due to its storyline and acting, followed by“Aladdin – Untold Tales” and “Mashup Love Story” were awarded Gold and Crystal respectively due to their natural and exceptional acting. 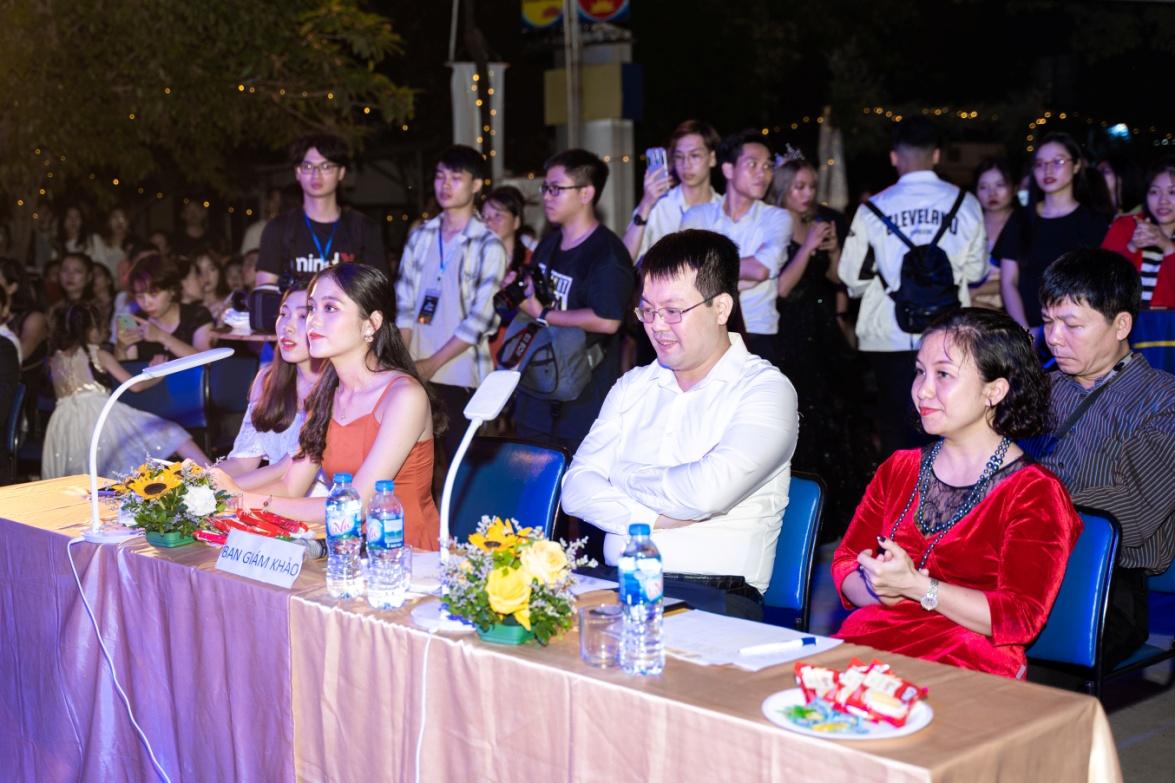 The judges board of K18 Freshmen’s talent contest 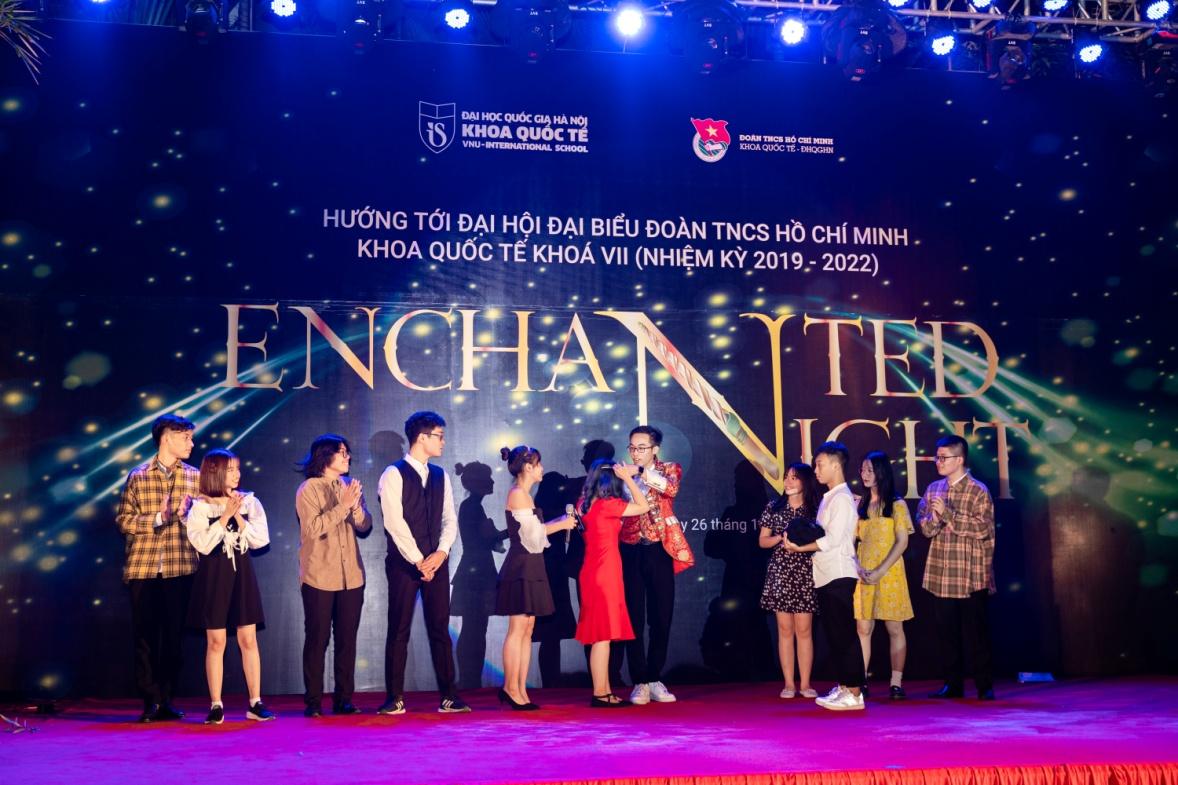 In between the freshmen’s contest were performances from VNU-ISs student clubs: iShuffle Music Club with “Lien Khuc Co Tich”, iSway club with a musical titled “Vo chong A Phu” and IStep club with “Secret of prince” involving bold yet passionate modern dances. Besides VNU-IS student clubsoriginal performances, the acts performedinvited guests including Rumbo Club – University of Social Sciences and Humanities and Gummy Club – University of Languages & International Studies were also the highlights of the event. Such performances have concluded the first part of the prom marvelously. 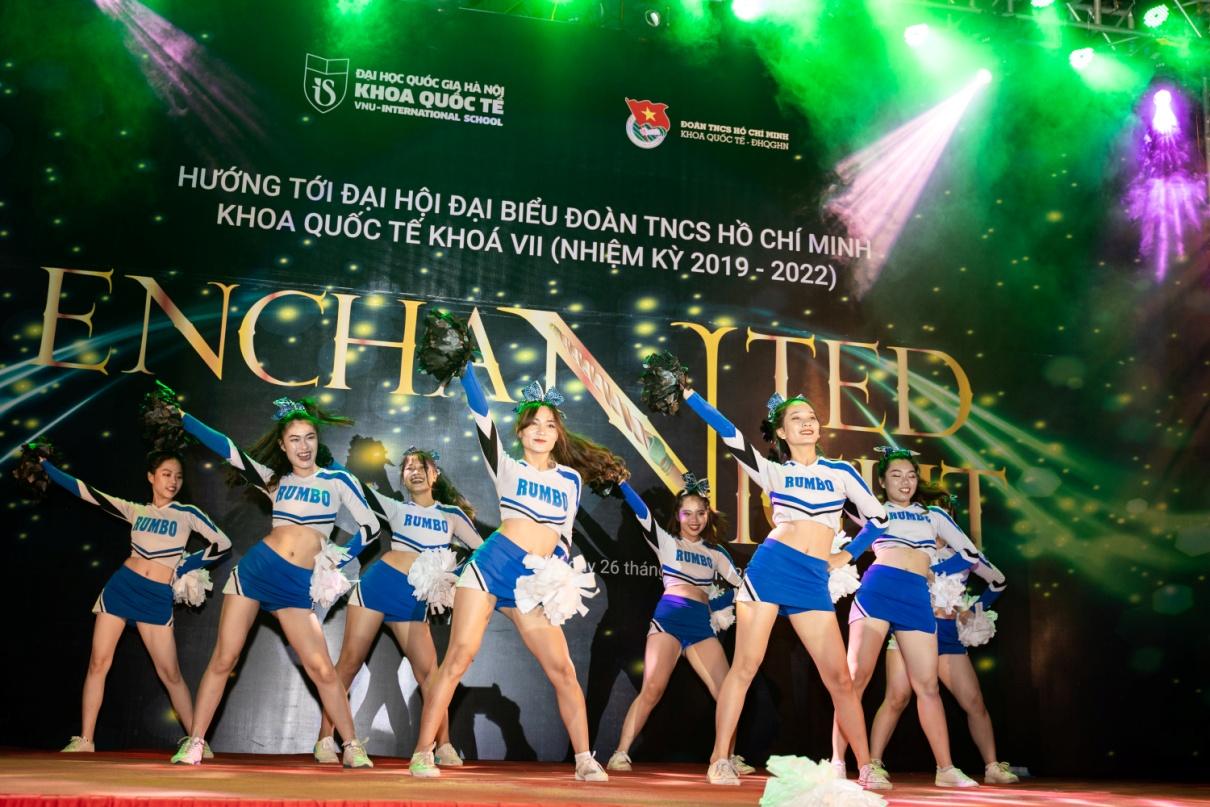 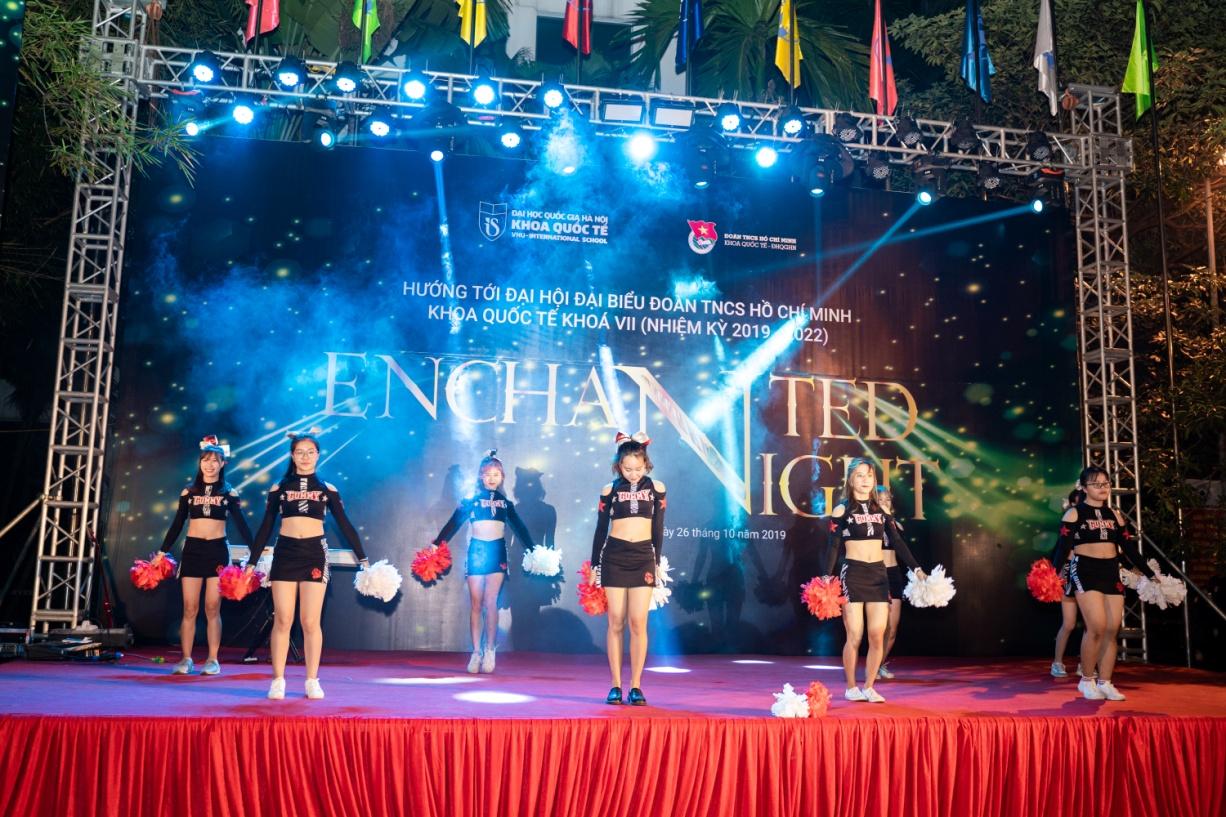 The last part of the show, also the one that participants awaited the most was DJ Longnely’s performance. Longnely is a producer and a DJ who has been working in the music industry for above 10 years with experiences working at famous clubs, bars & lounges such as Royal Club, Capital Bar, Pacific Tower Hanoi, JW Marriott Hotel, Metropole Hotel. He  was one of the rare Vietnamese individuals who was invited totake part in Vietnam Electronic Weekend, which featured globally well-known DJs such as Joey Dale, Julian Calor, Manse and Sick Individuals. DJ Longnely’s talents combined with Hoang Duc Dung - MC Master B’s ability to fire up the crowds has brought a sensational musical experience for the audiences. 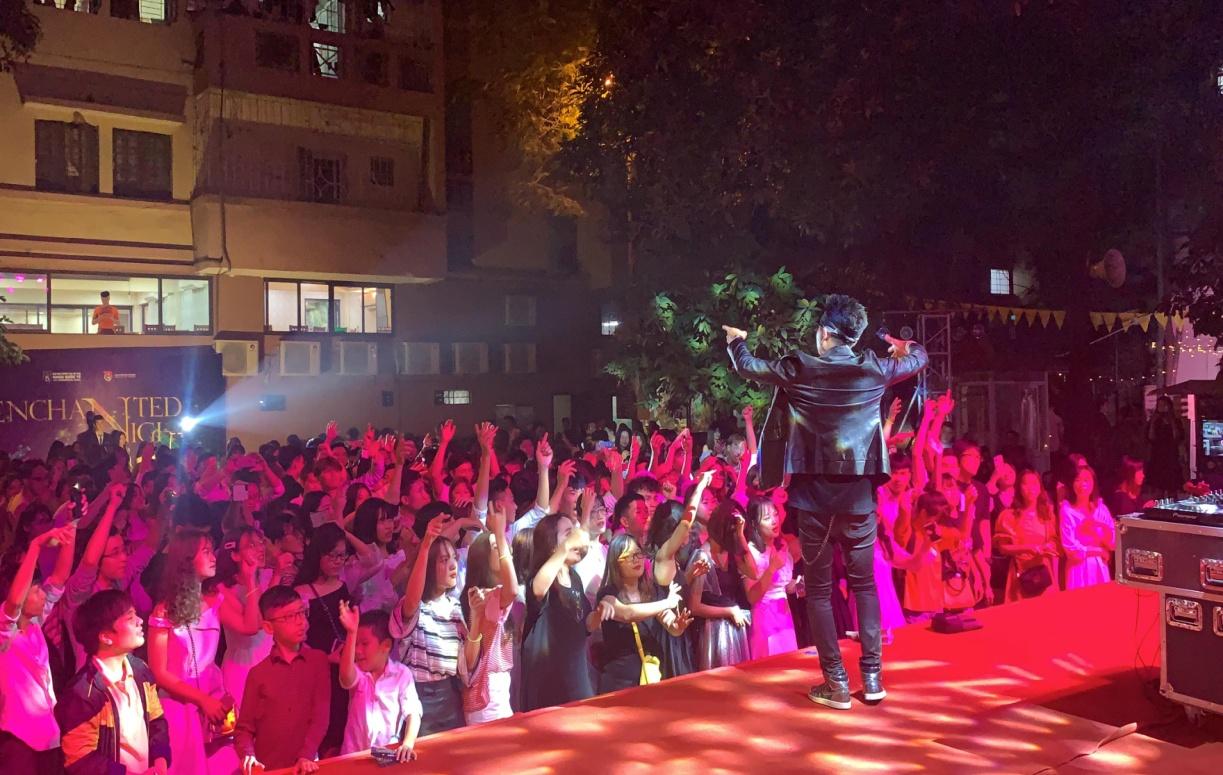 Students giving their all with DJ Longnely& MC Master B 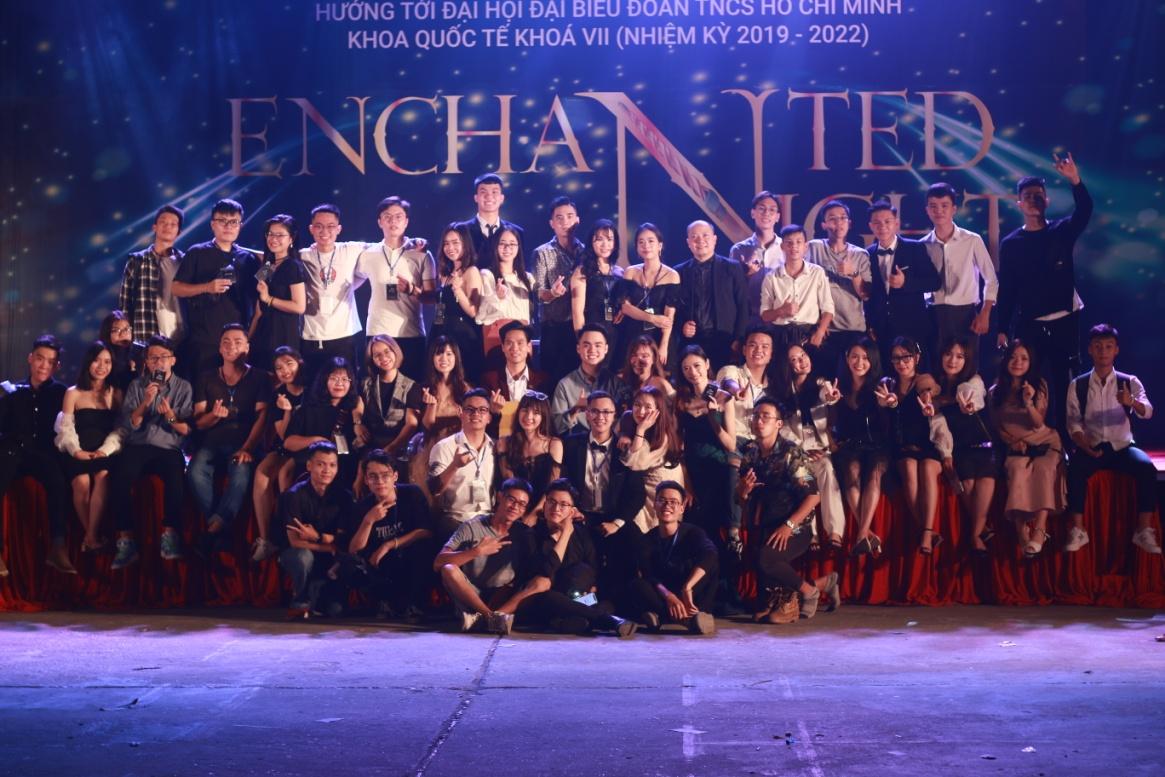 “Enchanted Night" has left the audiences with impressive and memorable moments. The prom has not only brought liveliness and vibrant experiences to participants, but it also opened a chance for all students to express their talents and distinctive colors. .